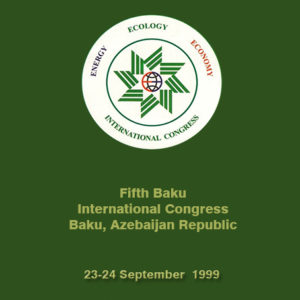 The Congress Opening Ceremony was attended by leaders of the related government ministries, companies and institutions, resident-representative of UN and ambassadors of foreign countries (US, Norway, Iran, Georgia, Libya) to Azerbaijan.

A view of the meeting hall at Gulustan Palace

According to the established tradition, starting from 1991 International Ecoenergy Academy held International Baku Congress ” Energy, Ecology. Economy ” ones in 2 years.